《 快樂的旅程 This is A Happy Moment: A personal journey 》 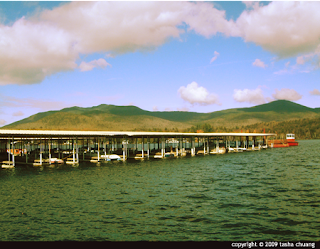 This is A Happy Moment: A personal journey

by Jules Ong (Dhamma name: Faithful Determination of the Heart)

I was recently introduced to Thich Nath Hanh's engaged Buddhism by a dear Catholic friend.

"Would you like to join me for a one-day mindfulness retreat?" she asked me. "Why not", I said.

That was last November when the nuns and monks from Plum Village came to Malaysia. Since then, I've been drawn to the Plum Village practice like a bee to flowers.

I was raised in the Theravadan Thai Buddhist tradition. Both my parents were Buddhist, but my father converted to Christianity later in his years. My mother has been a devout practitioner of Vipassana meditation for over 20 years, and I was... drifting and searching for awhile.

The Theravadan Buddhism I learned growing up instilled in me a strong sense of independence and self-reliance. "No one saves us but ourselves, no one can and no one may, we ourselves must walk the path, Buddhas merely show the way." That was a song we sang as children.

There was a strong emphasis on meditation as the only way to cross the Ocean of Samsara - it is through Insight meditation or Vipassana that one can recognize Dukkha, Anicca and Anatta (Suffering, Impermanence and Non-Self) and it is only with that insight that one can attain Enlightenment.

In my 20s, I grew distant from my religious tradition partly because I was involved with many social and environmental causes. I was discovering myself as a social identity not separate from the movements that were taking shape around me.

The Buddhism I knew could not help me in the direction I had chosen to take - because it was a religion of renunciation, and I have thrown myself headlong into living the world with all its beauty and ugliness, its pain and pleasures. I was embracing Samsara, but my religion asked me to renounce Samsara. I was a feminist and I felt that the Buddhism I knew did not address gender equality, but in fact was reproducing hierachies of power that did not follow what the Buddha initiated - he gave women and men the freedom to join the monastic order more than 2,500 years ago. Whereas today, the Thai-Malaysian Theravadan tradition is resistant to women joining the monastic order that is of equal status to male monks.

When I discovered Thich Nath Hanh's engaged Buddhism, I felt a vibrating affinity to all that I was seeking.

The teachings and practices connect individual effort to the larger society and to the earth we live in. The Mindfulness Contemplations we do before eating, instructs that one should eat responsibly to reduce the suffering of all living creatures and to reverse global warming. It puts the individual in the nexus of society and environment and gives agency to the individual - that every breath we take, and every step we make matters because it reverberates and affects all simply because we are all interconnected.

Last month, I practiced daily mindfulness with 60 monastics and more than 500 lay people at the "This is a Happy Moment" 5-day Mindfulness Retreat in Bangkok. What a joy to practice together with the old, the young and the very young, everyone with very different starting points. The monks and nuns engaged with laypeople like dear friends, so simple and loving. Male and female monastics wore similar robes and I don't detect any hierarchy between them. They were equal in status and equal in their capacity to offer guidance, lead prayers and give sermons.

Before we ate, we would say a silent prayer:

"May I eat mindfully, so as to be worthy of this food."

In a similar vein, I now say this prayer:

"May I live mindfully, so as to be worthy of this life."

This is my humble prayer to the universe, to the Source, to Buddha, to God, if you like.

Through the practise of daily mindfulness, of being present, I connect my doing, my serving people and earth, and my yearning for God to bear witness to my life, to be my guide and my reason. Buddha did not negate God's existence, neither did he talk much about it. And I think it doesn't really matter. It is one's personal journey and discovery.

I went to the retreat with a Muslim friend who was looking for her own Sangha. Her diligent practice motivated me. I find peace and solace walking mindfully and eating in mindfulness together. In Malaysia, we have the privilege of sharing this practise with people of different faiths. My Sangha now include Catholics, Muslims and an atheist and is still widening.

Practising, I am also able to look at the value of my Theravadan background. Vippassana meditation is very similar to the mindful practice, though a more intense version - sometimes involving hours of sitting. In fact, I still need at least half hour of sitting to look at the mind deeply. To see how thoughts and emotions arise, and pass away, just like everything else, if you let it.

For others at the retreat, I am able to share with them their joys, concerns and challenges of putting what they had learned into daily practice. At the Dhamma Discussion session with Brother Dhamma Joy, one man says that he has a favourite pet fish whom he feeds with life fries, but now, he has mixed feelings about doing that having undertaken the 1st Mindfulness Training - Reverence for Life. Another woman says that being in the advertising industry, she feels that it might contradict her 5th Mindfulness Training on Nourishment and Healing. Advertising, she says, is to promote consumerism, and would that contradict the training of wholesome nourishment?

I appreciated this honest sharing as for the first time, in my experience within the Buddhist circle, we are provided with a safe and respectful space to discuss the relevance of Buddhist practises in our hobbies, our livelihood, our daily lives. And the answer is not one of renouncing the world, but to accept the intricacies and struggles of ordinary people like me in trying to walk the path of love and peace in today's complex world.

After spending five days in daily mindfulness with the support of the gentle and joyful monastics and hundreds of laypeople, I felt a palpable energy that is brought back to my daily living in Kuala Lumpur. The changing emotions are still all there, and the monkey mind, it is still there. What is different is that I catch it earlier before it consumes me. I stop, and wait, breathe and smile, and sometimes I succeed and sometimes I don't. But it is okay. Every little effort is precious - guiding the mind back home gently and lovingly.

I'm learning that it is only by living in the present, that we are able to live fully, to value the gift of life and to be worthy of living it. As Thay says, at the end of it, you would want to be able to say: "I have lived a life." And it starts right now, to recognize that This indeed, is a Happy Moment.

Source:
Posted by morning light sangha at 12:46 AM

morning light sangha
晨光是個梅村傳統的共修僧體，學習一行禪師的禪法, 修持正念生活的藝術。我們期望透過修行，透過培育理解和愛的途徑，滋養同修手足之情，與親人，朋友和社會分享我們修行的成果。 Morning Light Community of Mindfulness is a Sangha (community of practitioners) in the tradition of Zen Master Thich Nhat Hanh, practicing the art of mindful living. We wish to share our practice of Mindfulness with our family, friends and society, by cultivating the path of understanding and love, nurturing our brotherhood and sisterhood. - - - - - - - - - - - - - - - - - - - - - - - Please check out our FACEBOOK PAGE: https://www.facebook.com/pages/晨光共修團-Morning-Light-Community-of-Mindful-Living/164909363553712